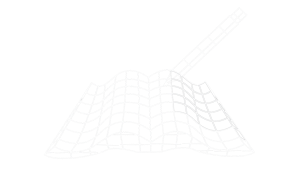 Ahem. You may or may not be aware that my NaNoWriMo project was an eBook on world building. I’m still adding the finishing touches, but I’m going to give sneak peeks over the next few months for you to enjoy and perhaps even learn from!

Everyone believes in something, whether it’s Christianity, Buddhism, the innate goodness of humanity, or the eventual entropy of the universe. Finding the key belief system of a culture will help give it depth and clarity, and can also come in handy for stirring up plot-pushing conflicts. For example, one key feature of internal growth within Young Adult fiction is the main character questioning the cultural beliefs they have grown up with, as opposed to their own growing convictions or new beliefs taken in from exposure to an outside force. This is seen in books such as Delirium and Divergent. At other times, if your plot calls for a fight between countries, differing religious beliefs can be a suitable catalyst.

One way is to make a religion from scratch, pulling together different existing cultural elements. Tolkien chose this route with The Lord of the Rings. The religious foundation is a mish-mash of different mythologies, anchored by the standard idea of a high god, Illuvatar, served by a pantheon of godlike helpers, the Valar, each with their own special part in governing Arda (the world of Middle Earth). Although this is a pagan concept, Tolkien managed to thread in Christian elements of Creation and Fall with the selfish perversion of Melkor into darkness, his temptation of the elves to rebel against the Valar (and against Illuvatar) and the Marring of Arda with the destruction of the Two Trees.

However, some might be uncomfortable with the idea of making up gods and they solve this dilemma by making a quasi-religion that they are comfortable with, such as in The Restorer. Now, if that’s what you feel called to do and comfortable with, and it works with your story, go ahead. There’s no reason to go against personal convictions just for a book. Furthermore, sometimes focusing too much on religious matters can draw away from the focus of your story.

Whatever choices you make concerning religion, one thing that’s important to remember is that where there is a way to truth, there will inevitably be other ways away from it, and these religions will each have their own array of extreme, moderate, pious, and nominal believers.  Again, depending on how complex you want your story to be, you may not want to bring in lots of differing beliefs, but they are a cultural reality, and can add nuances between cultures. If you’re feeling bold, you can also show the realities of religious commonality–the aspects of common grace that are seeded through all belief systems.

Thanks for tuning in! For more information on how to integrate religion without turning into a theology book, as well as a concise, user-friendly breakdown of common belief systems, keep an eye out for the release date of Culture-Building From the Inside Out!

So, what book have you read that really handled matters of religion well?